Phaeton (Faeton, Φαέθων) was a planet that has recently (about ~ 3000 years ago) disappeared from our Solar System…

The ancient Greeks were known to diligently observe the planets because they believed that “gods” traversed the sky and navigated between stars in space. Planets are fairly easy to distinguish from stars with the naked eye because they "move" in relation to the "fixed" system of stars and constellations that the ancient Greeks called "the cosmos".

The names that the ancient Greeks gave to the planets in our solar system are still recognizable today. There has never been any doubt as to which planet was which.

Phaeton - Son of Helios (Son of the Sun)

The Greeks know that some time ago there was a planet called Phaeton in our solar system that does not exist today because it disappeared with a great flash. The ancient Greek meaning of the word Phaeton is "shining", "luminous", "source of light". The words “photon” and “phaeton” come from the same ancient Greek root.

There is no way that the Phaeton could be an asteroid, meteorite or some comet debris, because it would not have acquired the status of “god”. Phaeton was definitely a planet.

When the Phaeton disappeared as a result of a great flash - all the people of Greece knew about it. The lack of the Phaeton must have been really hard to hide for people who remembered seeing it all their lives.

Plato (427-347 BC), (one of the greatest philosophers in history) realized that the commonly held belief that “Phaeton was destroyed by Helios' lightning,” introduced by religion to explain the disappearance of the Phaeton, was just a clumsy interpretation of a true cosmic event.

Imagine generations of Greek people praying daily to their “god” throughout their lives when they find out one day that it has disappeared. They couldn't pray to that god anymore, could they? For the ancient Greeks, the planet Phaeton that disappeared was as real as the Sun ...

The story of Phaeton is one of the best witness accounts of a cosmic event in human history. Documents can be changed, incorrectly translated and destroyed. On the other hand, information contained in cultural traditions and language is extremely difficult to change.

Some people may consider that the story of the planet Phaeton, which disappeared with a great flash, is the result of a collective hallucination or stupidity of Plato and the ancient Greeks.

However, there is material evidence that the planet has indeed exploded in our solar system… After the planet explodes, the center of mass of all the remains of this explosion should continue to orbit the Sun along a trajectory similar to that of the planet before the explosion, in accordance with the elementary law of conservation of momentum. The center of mass of the “asteroid belt” that exists between Mars Ἀρης (Ares) and Jupiter Δίας (Dias) is near Ceres, the largest asteroid orbiting the sun between Mars and Jupiter. Coincidence?

Due to the fact that the explosion is a process that produces similar energy in all directions, the mass distribution of the fragments in the resulting “asteroid belt” should be similar in the axial and radial directions of the “belt orbit” - creating a torus shape. This is due to the elementary principle of conservation of momentum. It turns out that the “thickness” of such “asteroid torus” between Mars and Jupiter is similar in the axial and radial directions. Could this be a coincidence?

The considerable axial dimensions of the asteroid belt directly contradict the vigorously defended dogma that this belt is a remnant of the so-called “proto-planetary disk” that existed during the formation of our Sun and solar system.

The “thickness” of the asteroid torus together with the mass distribution of all objects in the belt can be used to estimate the energy of the Phaeton explosion.

In 2020, the leading scientific journal on Earth, Nature Astronomy, published the results of a chemical analysis of a meteorite fragment that landed in the African desert [1]. It turns out that this meteorite contains a mineral known as “amphibole” that could have only been created on a planet-sized object in the presence of water.

This clearly indicates that this meteorite comes from a planet on which there was water. This planet does not exist at present.

This meteorite might have come from Ceres, the largest object in the asteroid belt, but how could it separate from Ceres to land on Earth? The explosion of the planet Phaeton, witnessed by ancient Greeks and reported in writing by Plato, explains very well the existence of both Ceres and the asteroid belt.

The fact that, since the time of Plato, not a single scientist on Earth has considered explaining how a planet might disappear from the Solar System is a sign of the progressive decay of humanity on Earth.

Whoever dares to admit the ancient Greek account of Plato, the existing material evidence, and tries to explain how a planet could disappear from our Solar System - is immediately called a heretic, despite the fact that such considerations lead to discoveries no less important to humanity on Earth than discoveries of Galileo and Copernicus.

In the meantime - all maps of the universe at the beginning of the 21st century became geocentric, just like during the times of The Great Inquisition ...

How can a planet explode?

A planet, like everything material in the Universe, decomposes over time. But the pace of this disintegration depends on many factors.

Can we guarantee that our reckless exploitation of the Earth and systematic overheating of its interior do not increase the likelihood of some radioactive isotopes inside Earth's reaching a critical mass ?

The story of Phaeton suggests that the existence of a planet in our solar system cannot be taken for granted ...

Do we need a planet Earth? Maybe not... 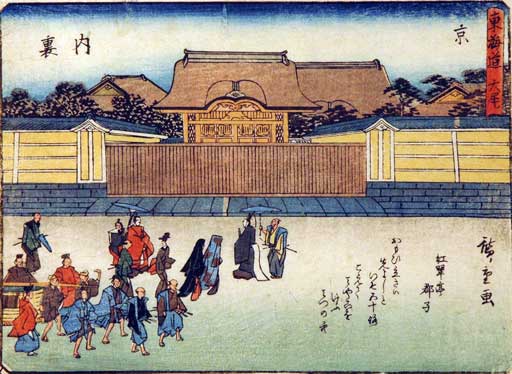